My 300lbs Weight Loss Left Me With 13lbs Of Loose Skin

A MAN who shed an incredible 310 lbs after becoming morbidly obese has had 13 lbs of loose skin removed in a life-changing procedure. At one point, John Allaire was so morbidly obese he wore 8XL shirts and had to be weighed on a commercial scale at a fish market, as standard scales would not hold his weight. But after joining a fitness programme and dropping from 540 pounds to a lean 230 lbs, the 27-year-old was left with severe excess skin. John underwent skin removal surgery in March which saw the bulk of the loose skin on his torso and arms removed – but will require further surgery in the future to remove the skin on his lower body.

For more of the amazing side of life: 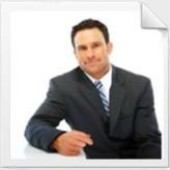 Weight Loss Transformation (Update): Before & After

How To Lose Weight in 4 Easy Steps!